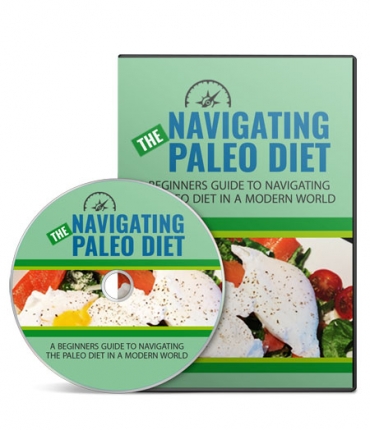 If You Are Short On Time...Or Learn Better By Video... Take A Moment & Check Out The MP4 Version!

Chances are you’ve heard the term Paleo before, and likely used in close association with Cross Fit. Paleo, short for Paleolithic, is a term that refers to a specific type of diet or eating style.

The Paleolithic era, also known as the Stone Age, was a time in which primitive people (cave men) lived as hunters and gatherers. Their diets consisted of whatever animals they could kill or food they could gather.

So this essentially means any foods that are in their rawest or truest form and available in nature. Think back to history class and images of cavemen? lean, athletic, muscular.

I think it’s safe to say if cave men sat around eating Oreos off of golden trays, their bodies would be more like what we see in the general population in our world today.

So there’s got to be something about what they were doing that worked, right? This is where Paleo diet advocators derive their argument for why it works.

They believe our bodies were physiologically created to be able to properly digest and derive energy from the original foods our ancestors ate. But with the incorporation of farming and agriculture, grains were now being grown in abundance and disease risks increased along with the crop.

The work required to obtain food has diminished incredibly over the past hundreds of thousands of years.

Below are the media that you are about to get inside this product: